It’s no secret that I haven’t been riding the Road Glide all that much. The bike is great for touring, but isn’t all that much fun otherwise. It’s heavy, top heavy, and I was continually afraid that I’d drop it. I knocked off work and rode up to American Eagle Harley Davidson to see what they had to offer. Today was the last day of their retail for trade event, so I was hoping to get a decent offer on the Road Glide. I did, and ended up riding home on a 2017 Fat Bob.

Tony, the salesman that I was working with, was an absolute pleasure to work with. We started out by talking about what I liked and didn’t like, and what I wanted. After that he shoed me a few models, talking about their comfort and handling. Then I got to sit on a few different bikes to get a feel for them. I was looking at Softails and Dynas, and Tony’s advice steered me to the Dyna family.

Next, we started on test rides. The first bike was a Softail Deluxe, and I didn’t even get out of the lot before I had made my mind up on it. It’s hard to explain, but it just didn’t feel right for me. The second bike I rode was a Dyna Wide Glide, which felt better, but was still a little off. It handled ok, but not what I was looking for thanks to the front end rake. The third, and final bike, was the Fat Bob. This one just felt right, handling how I expected, and looking good. I was zipping though parking lots, making U-turns, and just in general handling the way I like.

At this point I wanted this bike to come home with me, but we needed to get the numbers sorted out. If they weren’t good, I’d be selling the Road Glide privately and then coming back. It turns out that I didn’t need to worry, as they gave me almost what I paid for the Road Glide in trade. In the end, I rode off on a two year newer Fat Bob, owing less than when I rode in. 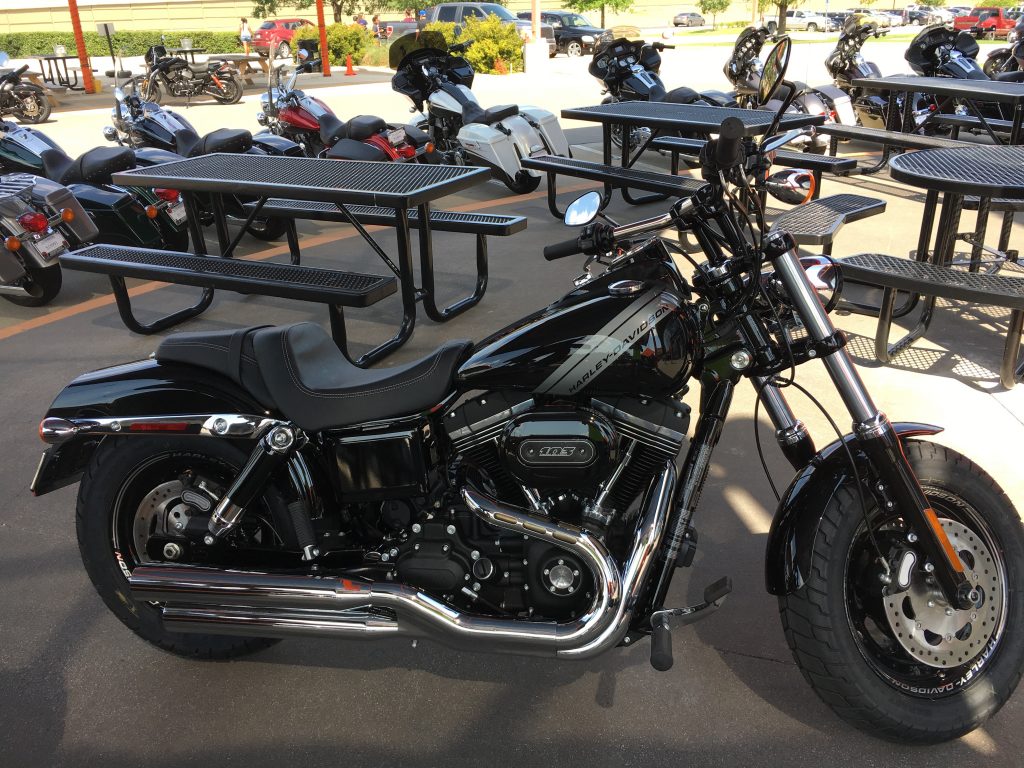